HomeCelebrity Gists#BBNaija: Nigerians reacts to Mina and Miracle having sex…. Then a drunk K Brule tried to Kiss Leo.. and then got into a fight with Khloe.. (details)
Celebrity Gists

#BBNaija: Nigerians reacts to Mina and Miracle having sex…. Then a drunk K Brule tried to Kiss Leo.. and then got into a fight with Khloe.. (details)

Nigerians can’t just keep calm after Miracle and Nina went under the sheets and had intercourse earlier this morning, shortly after their Saturday Night party yesterday night.

The pair begun the “fornication” by initially kissing first on the bed, before Nina switched position, and pulled her bum towards Miracle. Miracle then lied right behind Nina while her back was turned on him with her face turned away.

After a few seconds, Miracle face seemed to light up, after he climaxed..

Nina on the other hand, looked relaxed at the onset, but it seemed the more miracle was hitting it from behind, she began to feel how massive his something is..

In another video, Miracle could be seen adjusting and wearing his boxers back on… and then headed for the showers to clean up.

After the round of intercourse, Miracle could be seen wearing his boxers back on:

…and he went to the showers to freshen up:

Below are some reactions from Nigerians:

Miracle and Nina are two consenting adults who had sex. The position and sex behaviour Is not your fucking concern. #BBNaija

The most intelligent and lively pair Miracle and Nina had sex just 3 weeks into the game. Home training goals #BBNaija

The reason a lot of people criticize sex here is because most still see it as a dirty and an unclean act. Having sex is a basic human need just as eating food is.#bbnaija is a reality show and people have sex in real life just like miracle and nina. Deal with it

Miracle and Nina are at it again oooo…. they couldn’t solve a simple puzzle in the arena but they can solve this type of puzzle.. #BBNaija

#BBNaija
It’s a reality show for God’s sake..
People do this shit everyday in reality.
Some even do it for financial gain.
What happened between Miracle and Nina is pure chemistry. 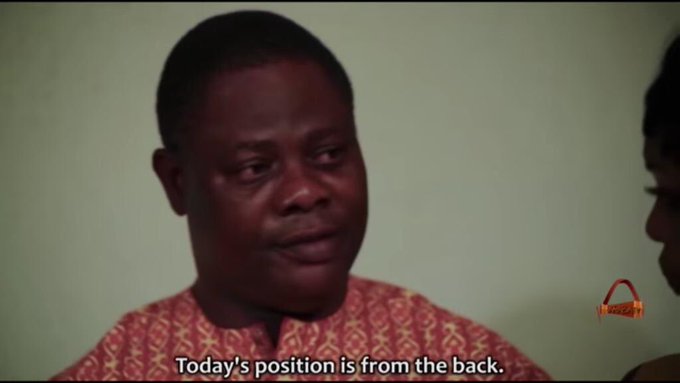 Miracle and Nina right now.. if you know you know #bbnaija

Nina is cheap Nina is a disgrace. I know some of you are tweeting from the bed of the guy you met at the mall last night . Awon HOEloshi, she’s an adult who knows what’s best for her. Argue with charger #bbnaija

Miracle and Nina have just taken the game to another level. We got entertained last night. This is what the Show is all about. Love, chemistry, collaboration, sex, strategy, entertainment and etal.

Thank you Mina, we love u #BBNaija 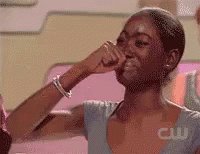 Everything miracle and Nina do is GOALS

Everything miracle and Nina do is GOALS

Miracle is a type of guy, handsome, but is intimidated by smart women, so he deceives the innocent girl selling plantain or bread in the area to bed. Coz he has nothing to offer apart from his face. He settles for the vulnerable. #BBNaija

Lol someone said Nina was collecting the D in silence. “Airplane Mode” 😂😂😂 #BBNaija

#BBNaija
Many of these ladies criticizing Nina av more than 5 BFs & straffing d 5 of dem with reckless abandon.
Search ursef.
Yes, I mean u.

Ebuka: Nina, we saw an interesting display btw you and Miracle last night. Let’s talk about it.

A drunk K. Brule tried to kiss Leo, and got into a fight with Khloe.

Although, there’s no clip yet, but according to viewers of the show, and conversations among the housemates, a very drunk K Brule tried to kiss Leo.

K Brule then told his partner Khloe, and she tried to have a convo with him, but then, an argument started, and they both insulted themselves and involved their parents.

Big Brother had called K.Brule into the diary room, however, viewers weren’t let in on the conversation.

Im sorry whats d point of d cameras if u wont show us d real action like when princess slapped bitto and when kbrule tried to kiss Leo and showing sleeping pple when tobi and cee-c are awake talking or doing things. Is @bbnaija compromised #BBNaija

Biggy doesn’t need to evict anyone sef.. Just disqualify Princess for hitting bitto, Kbrule for being unstable before he stabs someone and give khloe a strike for her abusive ulterances #Bbnaija#bbnaija2018

K’brule kissed Leo..twitter street is silent cos they don’t consider him a threat. Mina had sex,everyone is shouting.imagine it was miracle who kissed Leo or a guy,by now they would have been clamouring for his disqualification.una go dey alright.😂😂😂 #BBNaija

You guys should calm down, Alex said Leo was joking, k.brule didn’t try anything #BBNaija

#Bbnaija don’t understand this big brother advert fa.Wrong timing Anyway update is that k brule tried to kiss leo(twas a joke) so leo told khloe and she went and called k brule a bastard. Now k brule is so angry and he wud not respond to biggie’s call. Would did get him a strike?

#BBNaija Did y’all see where K.brule tried to kiss Khloe. Leo only used that as a Joke and Khloe took it up. See and hear before you tweet