It has been revealed that bribe-taking police officers have suddenly disappeared from Zimbabwean roads after the fall of Robert Mugabe. 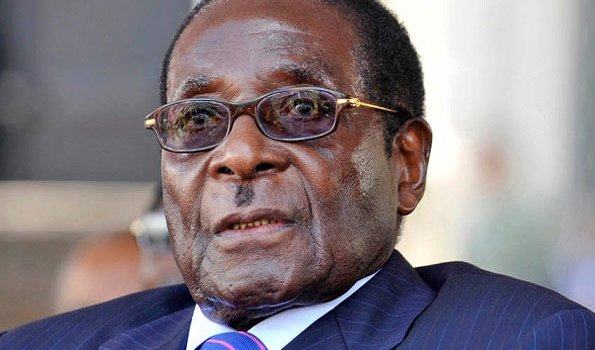 Robert Mugabe
It has been revealed that one immediate benefit that Zimbabweans celebrated with glee after Robert Mugabe’s fall from power was the sudden absence of bribe-extracting police from the roads.
The bribe-taking police officers were reportedly a symbol of life under Mugabe’s rule.
According to Agence France Presse, AFP, endless police roadblocks were a notorious feature of every journey in Zimbabwe, with drivers reluctantly paying frequent bribes to evade long questioning over minor alleged offences.
But across Harare and along major national routes, barely a single police officer has been spotted since the military took over on November 14 and forced Mugabe to step down after 37 years in power.
During the turmoil, the absence of police — and the presence of the occasional armoured military vehicle on the streets — shed light on the dramatic political struggle that was fought behind closed doors.
Police Commissioner Augustine Chihuri remained a key supporter of Mugabe and his wife Grace until the end — while army chief General Constantino Chiwenga led the military effort to unseat the president.
For ordinary Zimbabweans, the future under incoming president Emmerson Mnangagwa may be uncertain, but the disappearance of corrupt traffic officers has been a daily cause to relish Mugabe’s exit.
“I was paying bribes two or three times a week,” Norman Manzini, 35, a self-employed brokerage dealer who drives a 2004 Nissan March hatchback, told AFP.
“It is amazing, now my route is clear every day.
“Even when everything about your car was perfect, they could pull you over about some silly thing and claim there was a fine to pay. To get away, you had to pay $5 (4.20 euros) or even $10.”
Manzini dismissed fears that crime might rise with the police apparently confined to their stations.
“The army are not dangerous or corrupt,” he said. “They let people go about their daily lives.”
For everyday transport, many Zimbabweans rely on privately-run “kombi” mini-bus taxis — favoured targets for bribe-hungry police.
“There used to be so many police roadblocks, with the driver having to pay $1 or $2,” said kombi passenger Spiwe Azvigumi, 31, an unemployed mother of three.
“It was never about speeding or whatever, it was about them collecting cash. It was impossible to escape. Some kombi owners even arranged to pay their fines in advance.
“With the police off the roads, crime is actually down — they were so corrupt and now we are living free.”
Prev postNext post
Use your ← → (arrow) keys to Continue Reading
READ ALSO  Check out the 50 cities in the world where women are having the best sex of their life
Share on FacebookShare on Twitter