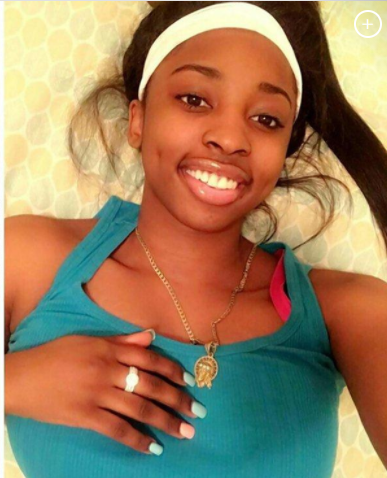 Police are investigating a Facebook Live video that appears to show Kenneka Jenkins, the Chicago teen found dead inside a walk-in freezer, in a hotel room with a group of people before she went missing.

In the footage, a woman wearing mirrored sunglasses is seen smoking and talking to the camera. The other side of the hotel room can be seen in the girl’s glasses. In the background a woman who looks like Kenneka appears to be sitting on a bed.

The video was been viewed millions of times and shared on social media. Most of the commenters believe some form of foul play happened in the room, and swear they hear a girl saying ”help” in the background before the music was turned up, but police have yet to confirm this.

Rosemont Police Department spokesman Gary Mack told the Chicago Tribune that investigators are reviewing the video and they have identified most of the people seen in the footage.

Kenneka, 19, was found dead around 1 a.m. on Sunday inside a walk-in freezer at the Crowne Plaza Hotel. She had been attending a party there Friday night with friends and went missing early Saturday morning.
According to the teen’s mom, Tereasa Martin, police told her Kenneka was intoxicated and let herself into the freezer and died inside.

The freezer, which was not being used to store food, was located in a construction area of the hotel. Mack said he’s not sure if the freezer had been turned on, and investigators are not saying who found the body.

Martin, however, believes something else happened.