President Buhari’s plan to present the 2019 Appropriation bill to the joint National Assembly on Wednesday, might be affected as Parliamentary Staff have threatened to embark on strike from tomorrow. 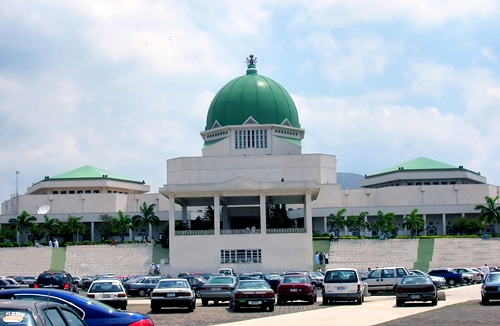 NASS, Abuja
The Parliamentary Staff Association of Nigeria (PASAN), National Assembly chapter, has issued a four-day warning strike notice to commence on Monday, December 17.
The Chairman of the association, Bature Mohammed, in a statement in Abuja on Saturday, said this decision was reached in an emergency congress held on December 14.
President Muhammadu Buhari is due to present the 2019 Appropriation bill to the joint National Assembly on Wednesday, December 19.
Mr Mohammed said that the warning strike which would run till December 20, was to press home the demands of the association.
The chairman advised that all members of the association should stay away from their duty posts during the period.
Members of PASAN had on December 4 shut down operations at the National Assembly when they prevented lawmakers from sitting.
The grievances of PASAN include a new condition of service for members, promotion and payment of 28 per cent increment in salary captured as contained in the 2018 budget.
(NAN)
Share on FacebookShare on Twitter