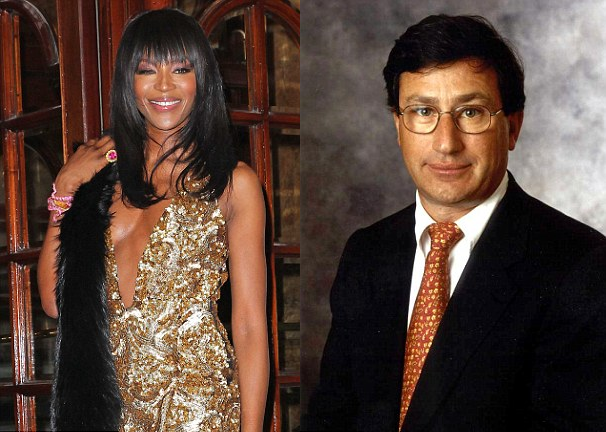 Naomi Campbell is reportedly dating Egyptian multimillionaire Louis C. Camilleri, 61.
The 47-year-old supermodel is said to be ‘secretly dating’ the divorced father-of-three, who is the former chairman of Philip Morris International and worth over £150million.

Sources reveal to The Sun that the supermodel has been ‘all over’ Louis when they hit the town together, yet insiders claim she remains tight-lipped about the details of their romance.
Sources revealed:

‘Naomi and Louis have been secretly dating for weeks. They’re all over each other when they’re out. Naomi likes to keep her relationships private and it is early days but there’s a real spark between them and their close friends are aware they’re dating.’