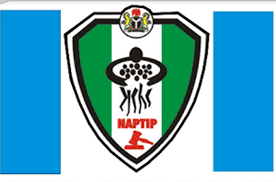 A Dubai based Nigerian lady Rita Chinenye Ani, and her elder sister Ngozi Stella, have both been remanded in jail by the High Court of the Federal Capital Territory (FCT) sitting in Maitama, over alleged human trafficking.

The sisters and two other persons Ozigi Abdulkarim and Princewill James were arraigned before the Court presided over by Hon. Justice Yusuf Halilu by the National Agency for the Prohibition of Trafficking in Persons (NAPTIP).

The defendants were arrested by operatives of NAPTIP in two operations in Gwarimpa, Abuja and Ibadan, the Oyo State capital. Rita,was arrested in Ibadan upon returning to the country to prepare for her traditional marriage. She was nabbed by the newly established NAPTIP- Rapid Response Squad (NAPTIP-RRS).

The suspects were arrested after one of their . Rita reportedly does all sorts of inhumance things to when she does not make enough money for a day. She allegedly flogs and forced hot boiling ring into the victim’s vaginal on such occasions.

The 19-years old was recruited from Gwarimpa, Abuja by her ex-boyfriend Ozigi Abdulkarim, Ngozi Stella Ani and Princewill James for onward transfer to Rita Ani in Abu Dhabi UAE. They prepared her travel documents, took her to Ogbomoso, Oyo State where fetish oath was administered on her before the journey.

Appearing before the court, the defendants pleaded not guilty to the 10 counts charge proffered against them. Counsel to Rita and the elder sister Ngozi did not file a formal application for bail; hence the Presiding Judge ordered that they be remanded in prison custody.
READ ALSO  Deeper Life Church Completes N5Billion 45,000 Seater Headquarters In Lagos (Photos)

The case was subsequently adjourned to Wednesday13th September, 2017 for hearing.