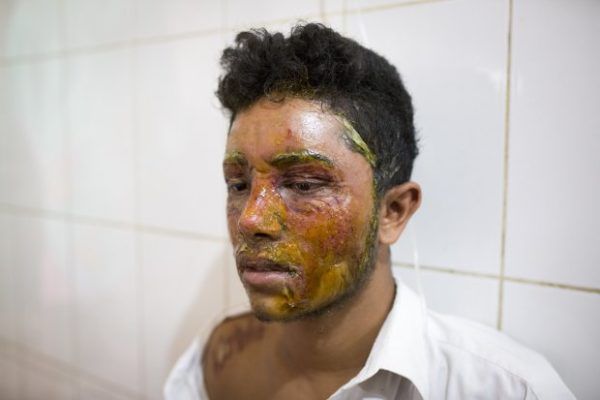 A 16-year-old girl whose romantic advances was turned down by 17-year-old Mahmudul Hasan Maruf, reportedly threw acid in the boy’s face in an incident which occurred in Dhaka, Bangladesh.

It was gathered that before dousing the boy with acid, the 16-year-old girl had been chasing after Mahamdul for a number of months despite his rejections.

Local media reports the boy was on his way home from a night out with friends, when he was confronted by the girl.

However her last confrontation, left the boy with horrific facial injuries as a result of the attack.

The girl and her mother have now both been arrested by police in Bangladesh. Mahmadul’s mother joined him in hopsital, where he revealed the horrendous damage caused by the acid attack. He suffered most of the burns to his face, but also had injuries to his shoulder.
Doctors say it is likely the boy will be scarred for life, after entire layers of skin fell off his face.

Bangladesh has witnessed a high number of acid attacks since the 1990s, with more than 500 attacks recorded annually in the early 2000’s.

The motivations vary but most are very simple: a man’s reputation has been damaged. Maybe his sexual advances were rejected. Maybe he was cheated on or a woman’s love proposal was rejected. 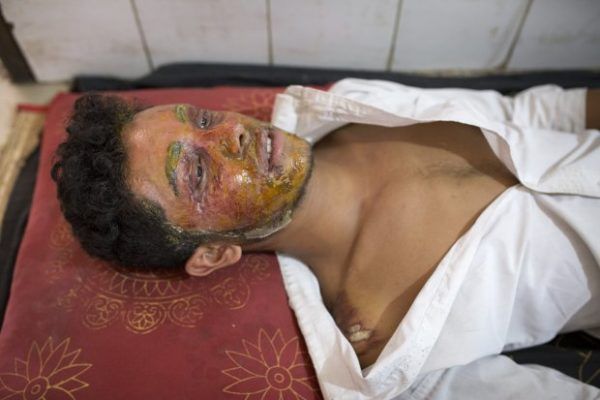