Another Ivory Coast footballer dies after collapsing on pitch in Abidjan 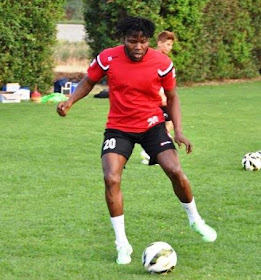 The Ivorian football federation has been struck with another major blow after 29-year-old Eugene Koffi Kouame who plays for Turkish side Egirdirspor died after collapsing during a football match at Koumassi Stadium in Abidjan South.

The striker was said to have been playing a football match with a group of friends on Monday, when he passed out and was rushed to a hospital. But emergency treatment failed to revive him. It was later confirmed that he had passed away.
Confirming the sad news, his club in a statement indicated that Kouma suffered a heart attack and died on Monday.

”It is while wanting to maintain the form with buddies and other footballers at the economic capital, that he met the death due to a heart attack,”reads the statement published by French news outlet, First Magazine.